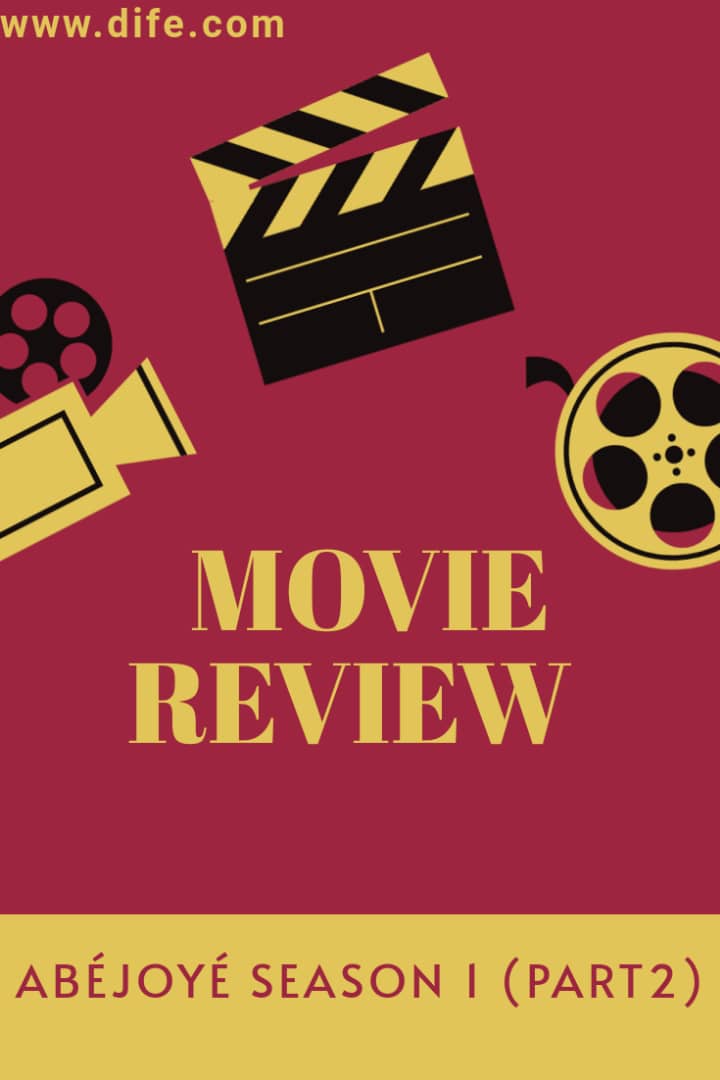 Abejoye season 1 part 1 ended when the Pastor drove Baba to the airport, all through the journey Baba kept talking of the shame that awaits him in Nigeria but you know what? God came through! The Holy Spirit had told the pastor not to take Baba to the airport rather to his(pastor) house.

Of course, Baba was surprised when the Pastor halted not at the airport but in front of  another house. The Pastor explained the Holy Spirit’s instruction of not making Baba go to Nigeria now but he should accommodate Baba in his house. Baba was deeply grateful to the Holy Spirit for saving him from shame.

Through the accommodation of Baba in Pastor’s house, Pastor evangelised to Baba and Baba gave his life to Christ Jesus because he had felt the saving grace of the Holy Spirit. It is important to note here that for a Pastor to be true to his calling, it is important he walks in total yieldedness to the Holy Spirit to help the Pastor have a shepherd-like character that will enable him to save or find the wandering sheep in his flock.

Meanwhile, Baba’s son, Bamidele continued with his extra-marital affairs that rendered his family’s prayers ineffective. He was absent the day the enemy struck in his home because he stayed over at his lover’s place. That night the wife realised that she had wrongly accused her father in-law  as the cause of  her family’s problem and she regretted it.

While she fearfully bear the evils of that night alone, her husband was in the bossom of another woman. Fortunately for her, the secret extra-marital affair was  no longer a secret and it all got revealed.

Baba at his own end had started enjoying the benefits of giving his life to Jesus. By the power of God in Baba’s life , the enemy that had slapped him before couldn’t slap him the third time and he repaid his attacker with 3 slaps that made the attacker to become physically paralysed. We can deduce here that the presence of the Holy Spirit in a believer’s life makes one untouchable for the enemy while the presence of sin in a believer’s life makes him susceptible to the enemy attacks.

The Pastor and his wife in a shepherd-like manner called the husband and wife and encouraged them to forgive each other. The wife admitted she was wrong for sending her father in-law back to Nigeria and begged for her husband’s forgiveness. Now it was the wife’s turn to forgive. Will she forgive her husband when she hears that her beloved husband has been cheating on her with the choir leader 🙄😲?

The wife regretfully realized that all along her husband’s sin of immorality and adultery had opened doors of afflictions and calamities to the family and Baba was not the cause of the family’s problem. The husband broke the hedge around the family and allowed the devil to intrude into family’s peace and joy.

Eventually, the old man that they wanted to send away was the one that helped in persuading the wife and restored peace to the family again. It was a beautiful ending, the movie that started with a sad departure scene ended with the joy and bliss of reunification, what an irony!

If there is any lesson to be picked from this particular episode of the movie it’s the lesson that sin makes a believer susceptible to the attacks of the enemy. I hope we find grace to always keep the hedge around our lives unbroken.

Have a pleasant week ahead! Je t’aime mon ami😘