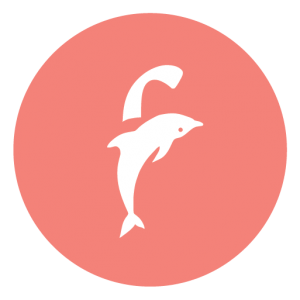 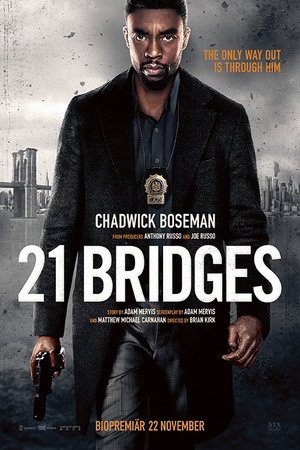 ‘I know it may not feel like it now but you got more from your father Andre in 13 years than most men will in in their lifetime.  He taught you to follow your conscience, to not take anyone else’s words about what is right and wrong. To find a just code in an often cruel world.’ These were the words of a priest at the funeral of Reginald Davies, an outstanding Police Officer who died while serving the nation to Andre Davis, a 12 years old son of the dead Police Officer. Andre grew to become a Police Detective and he was well known to be an efficient Police Officer.

21 bridges revealed further a turn of tables as two armed robbers who simply had intentions to steal but unknown to them they just played into an ambush that is beyond their experience as burglars. It was like an unfolding well-scripted drama because even the attendant in the store was expecting the robbers while the robbers were overwhelmed by the huge grams of cocaine available to be stolen. It surpassed their expectations. They were meant to steal 30 grams but they met 300 grams of cocaine.

And from nowhere police officers came to the scene, gunshots were exchanged leaving 8 policemen dead with the account that the robbers turned cop killers had carted 50 grams of cocaine away. The armed robbers were on the run with a hot chase by the NYPD (New York Police Department). Detective Andre Davis was the officer in-charge of the case and he suggested that the FBI should stop all trains, close the Manhattan Island, the 3 rivers, 4 tunnels, and the 21 bridges in Manhattan. So, Manhattan was in Lockdown all in pursuit of the armed robbers.

While Detective Davis led the investigation and arrest of the culprits, he noticed that somehow his supposed leads/criminals got shot killed by some other policemen that he can’t logically explain how they got the information before him or get to the crime scene before him. Something was not adding up and Andre tried to figure out the wrong that is seemingly in the right.

It became more obvious that a team of policemen knew exactly where to go attack or get the cops killers and this struck Andre in awe. ‘How the fuck did Kelly find them’, he exclaimed. Still in hot chase of the cop killers, Andre shot Ray one of the cop killers who had already being hit by bullet while the other one Michael was still on the run. Andre understood that he needed to catch Michael on his own without the Police team intrusion so he could get the truth-lead he needed from Michael.

As Michael had hinted to Andre ‘None of this shit makes sense, the manager at the spot we hit knew cops were coming, he checked his watch before it all happened and the first four policemen came peacefully, one fucking knocked like a Jehovah witness and not like a cop, ( this Jehovah witness part was meant to be a comic relief and it sure was for me). Michael also revealed that the cops killed the cleaner upstairs, he said ‘They were there for more than just us.’ And he revealed that the cleaner gave him USB drives but Detective Burns, Andre’s Detective Partner kept interrupting the conversation and this made Michael find a way to escape again.

Andre was more convinced that there was a police underground plot behind the crime and Michael was his only lead to uncovering that. He needed to apprehend Michael alive not dead. Eventually Andre got Michael and as Michael was about to surrender and tell him what he knew Detective Burns, Andre’s partner unexpectedly fired a shot and killed Michael.

Devastated, Andre moved close to Michael and the almost lifeless Michael gave Andre the USB drive and told him the password. By now, Andre had figured out that his partner was an accomplice to the team of Police who were behind the crime.

In an anticlimax scene, Andre borrowed Burns’ phone to make a phone call, he checked her call records only to discover she had been communicating with the bad boys-police’s team lead, Officer Kelly. Andre finally realized that the Police Head of the Department in the area was involved in the crime scheme.  Andre visited the big boss in his home and this led to exchange of gunshots that left the Police boss and his accomplices dead while Detective Burns surrendered herself and was arrested.

Truth be told, the Police’s boss monologue to justify his involvement in the crime seems plausible and as a Nigerian I can relate this with Nigeria’s Police Force too. However, there remains no justification for engagement in unlawful acts or mastermind of crimes.

This movie review is dedicated to Chadwick Boseman who is the main actor in this movie and one of its producers. Thank you Chadwick for being a timeless blessing to the world, you taught us to lovingly keep fighting to the end.

Have a fulfilling week ahead. Je t’aime mon ami😘😘😘.