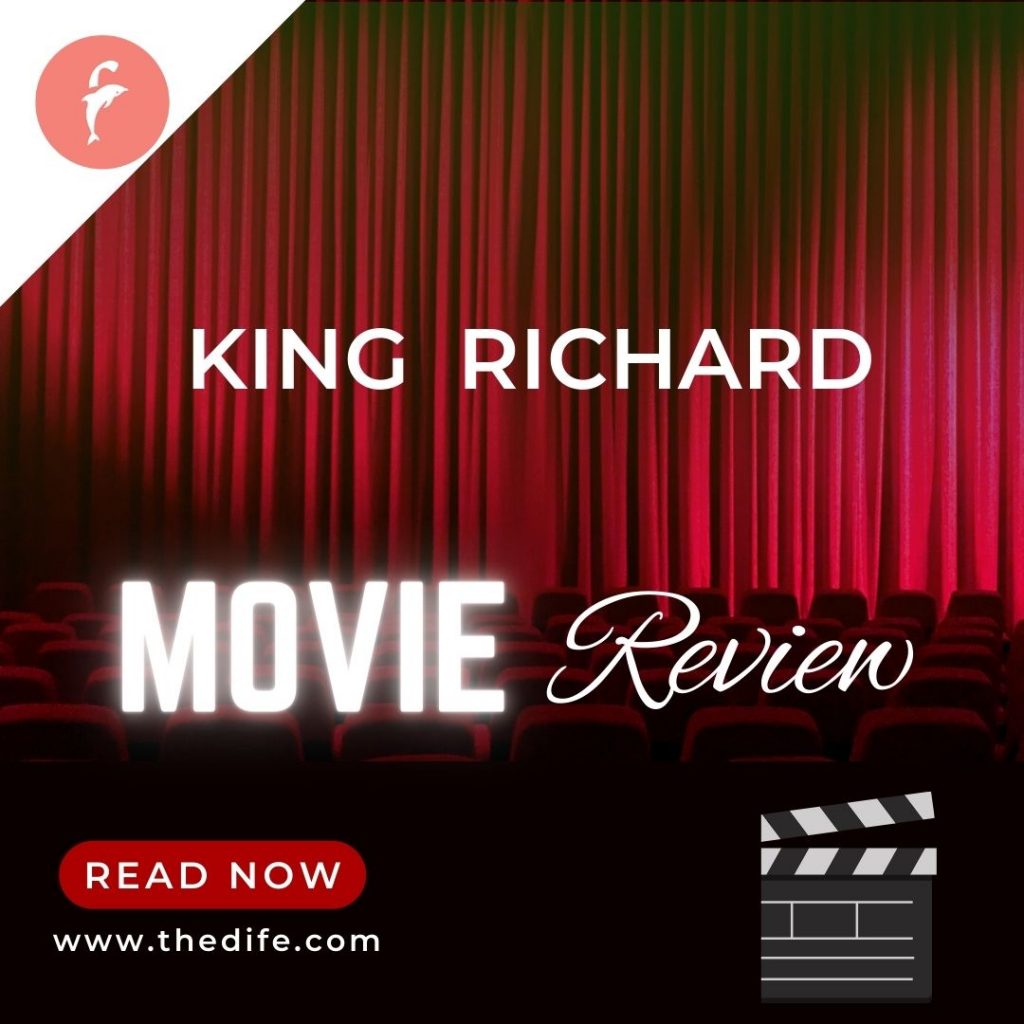 It’s a Diffy weekend( lol, just goofing)😉. How are you doing fam? Trust you’re good. I figured it’s been a while since we had a movie review, so here we go with the review of  King Richard the movie! You know that saying that “there’s no bad publicity” works with me for this movie because Will Smith’s story about hitting Chris Rock actually propelled me to watch the movie, King Richard. And I’m glad the movie was worth my two hours plus.

The opening scene introduced us to a father, a black athlete, Mr. Williams who was in the champion-raising business, pitching his daughters to be trained by seasoned tennis ball coaches at no cost in a typically racist community where whites were believed and treated superior to blacks. He had 5 girls and believed two of his girls, Venus and Serena could become tennis player stars so he committed daily to their training while he sought better coaches and opportunities for the girls. After so many rejections, he eventually got a coach, Paul Cohen who took a chance on training Venus while the mother who was also an athlete continued to diligently coach Serena.

Venus’ coach introduced the Tennis playing family to the Juniors tournament and Venus practiced for the Junior tournament while Serena decided to do her own secret practice until her parents found out and allowed her to continue. Venus became so good, that she won every Junior match she faced and both sisters gradually became winners in the Junior league. However, another round of dispute began when Mr. Williams refused to sign with agents and insisted that his daughters will no longer play in the Junior tournament until they were fully ready to play in the bigger tournament.

He got another coach, Mr Rick to train Venus to the next level yet Mr. Williams insisted his daughter was not ready to go on to play in the tournaments so they just kept practicing. Mr. Williams believed he has a plan to set his daughter as the star and the plan must be adhered to. This made him quite cantankerous on all sides with his daughter’s coaches, wife, and even the daughter, Venus. After an emotional Daddy-Daughter talk, the father agreed to allow Venus to play in the tournament.

For a girl that has not been in a real match for a long while, Venus got nervous at the beginning of her first match but she later won. The tournament proceeded with Venus, a 14-year-old girl in a match against the 3-time world-best tennis player. This seemed impossible that  Venus will win the match. The game was a pretty difficult one and Venus almost won but experience found its way to stay winning. However, Venus had earned herself fans who were really proud of her and they celebrated. Gosh! How can I attempt to end this review without talking about Venus’ hair at the grand tournament? The hair was totally embedded in white beads and it was beautiful.

A scene that stayed with me more was when the father after being beaten by a gang attempted revenge by shooting the gang leader from afar. Thankfully, before he pulled the trigger a shot from nowhere hit the gang leader and boom justice was done.

Another scene that really got to me was when Venus had just won a match and on the family’s way home the sisters made jest of Venus’ opponents. Their father tried to caution them with the jest but they didn’t oblige or heed until the father dropped them off at the store so they could walk home as punishment. Thankfully, their mother intervened and insisted the father stopped the van for the girls to get on the ride back home again. As much as that seemed harsh, the positive purpose can’t be denied as he reiterated to the girls the lesson of staying humble even in victorious moment.

I genuinely love the family-life setting in the movie, the true portrayal of Mr. WIllaims as a good ambitious man who definitely can be overbearing or stubborn and I like how his wife remains firm in dealing with issues with him. The movie is definitely a great one that won Will Smith an Oscar. Needless to say, the movie was a biographical story of Venus and Serena Willaims, the two world’s best tennis players. They are the first sisters and first African Americans ever to claim the top two spots in the world rankings.

I leave you with a quote from the Champions Maker,

“We will win and we’ll share our victory with every person in the world” – Richard Williams.